The first time I sat face to face with an accused murderer I was a senior in college. I was an intern with the Pima County Public Defender in Tucson, Arizona.

Rather than running around all over town serving subpoenas like the rest of the interns, I was awarded the extremely good fortune of working under an investigator who actually allowed me investigate. The defendant was Donald Jay Miller, and he was facing a capital murder charge for shooting his friend’s girlfriend.

Meeting with him was my first time ever inside a jail, and since I worked with his defense team I was allowed to have a full contact visit.

I’ll never forget the first time I was locked inside a room with someone many would consider a depraved killer. I was very nervous, but I just assumed that if the jail staff allowed me to be locked in a room alone with this man then it must have been safe.

Any apprehension I had about meeting alone with Mr. Miller quickly lifted, because it turned out that he was actually rather meek and polite. He wasn’t sure whether he was supposed to shake my hand. Or maybe it was me who wasn’t sure how to properly greet someone charged with capital murder. But we awkwardly shook hands anyway, and as we did so I recall being keenly aware that I was shaking a hand that ended a life.

Although this was almost 25 years ago, I still remember tiny bits and pieces of his story. I remember that he preferred to be called Mark. He described to me how his co-defendant, “Tony” Luna, shot his girlfriend at the top of Mount Lemmon. Luna and his girlfriend were reportedly bickering about child support.

After Luna shot his girlfriend, he drove her down the mountain in his car and Miller followed behind them. When they reached the bottom they drove to a desert area. Miller thought the victim was already dead because she did not appear to be breathing. He said he shot her five times because Luna asked him to help cover up the murder and make it look like a robbery.

When we discussed his life history, it became apparent that Miller was more of a follower. Despite the severity of his crime, he had never been in any serious trouble before. He reluctantly disclosed that he had been sexually and emotionally abused as a child. And like so many other traumatized survivors of abuse, Miller was guarded about it and wanted to protect his abuser.

Although the Supreme Court of Arizona later agreed that Miller’s abuse history and lack of previous criminality were mitigating factors, they were insufficient to warrant leniency.

He was executed by lethal injection in 2000.

The Journey From Trauma To Homicide

I do not know the exact number of murderers I have met, shaken hands with (when they are not shackled), and evaluated since then. But their stories bear a striking resemblance to Donald Jay Miller’s.

Believe it or not, being locked in a room with a murderer for hours is usually not a terrible way to spend the day. And after listening to them, reviewing their records, and interviewing their families, the story of how they went from an innocent child to a murderous teenager or adult begins to make sense.

The public at large often views people who have committed murder as deranged, damaged, and dangerous. But I have yet to evaluate someone who does not have a human story to tell behind their monstrous act.

In my journey from naïve college intern to seasoned forensic psychologist, I have learned that killers are often untreated traumatized children running around in teenaged or adult bodies.

Trauma is almost always fundamental in these cases, but the public doesn’t get to hear that part of the story. They only see what happens as a result of the trauma, they do not see how the murder originated in trauma.

They might hear that the accused was a neglected child, but the reason why neglect is so devastating is not shared. They’ll be told about how the accused was engaging in impulsive behavior as a teenager, but not why teenaged brains are biologically more impulsive.

Just like children who have grown up in war zones, many of the murderers I’ve evaluated developed a hypersensivity to threat. As a result of being traumatized, they learned to become watchful.

There are many parallels between children from war torn countries, such as the Middle East, Central America, and Africa, and kids who live in violent areas of the United States with gangs and chronic stress. Along with hypervigilance develops the notion of legitimized aggression. When you are threatened, you are not only entitled to defend yourself, but you are obliged to do so. In more extreme cases there develops a belief in pre-emptive assault – get them before they get you.

When a person grows up in an urban war zone they develop a war zone mentality. This mentality is actually a very normal psychological reaction to a very abnormal situation.

If we were to understand people from the viewpoint that some disorders of conduct are really just the result of untreated childhood trauma, then antisocial behavior takes on an entirely different meaning. For example, what if the teenager who is expelled from school for being high was actually so anxious about walking to school in his violent neighborhood that he needed to smoke a joint just to calm himself down? What if gang violence were understood as behavior that resulted from a war zone mentality?

With guns being so readily accessible in areas where this war zone mentality is pervasive, it is no surprise that so many conflicts end up being lethal.

Children reflect the world in which they are raised. If their world is characterized by threat, chaos, abuse, fear, and trauma, then their brains will develop the neural systems involved in responding to stress and fear.

All experiences, good and bad, can change the brain. And because the brain is growing and organizing at such an explosive rate during those early years of life, the learning experiences during childhood have a greater potential to influence how the brain develops.

Traumatic experiences and therapeutic experiences alike both impact the brain by the principles of neurophysiology. I’ve witnessed this in my own patients. As an anxiety disorders specialist – and trauma is a form of anxiety – the right kind of treatment can help people “unlearn” that war zone mentality and fear-driven thinking.

This is good news, because it means that the brain is malleable and in an interactive relationship with experience. The brain has the ability to change, provided you can change the experience.

The immature brains of adolescents are still developing until age 20 or 25. Therefore, the adolescent brain can outgrow its impulsivity, poor decision-making, inability to consider long-term consequences, and susceptibility to negative influence. This would suggest that people who commit their crimes at a younger age stand a greater chance of recovering and rehabilitating if given time and the proper treatment.

When I have worked with weary and beleaguered parents of teenagers, I sometimes explain that adolescence can be like having a mental illness, except with a very good prognosis.

Psychology, Adolescence, and the Law

The legal system is slowly starting to catch up to the advances made in psychology, as indicated by Miller v. Alabama and Graham v. Florida. Taking into consideration the fact that the adolescent brain has not yet reached its full maturity, the court ruled in Graham that it was unconstitutional to sentence a juvenile to life without parole when they are convicted of any crime except for murder.

The Miller decision in 2012 extended from Graham, which ruled that mandatory life sentences for juveniles were unconstitutional, even when the crime is murder.

In January of this year, the Supreme Court ruled in Montgomery v. Louisiana that the Miller decision should be applied retroactively. This means that the 2,300 or so prisoners who are currently serving life without parole for crimes they committed as juveniles stand to have their sentences reconsidered.

Donald Jay Miller was not a juvenile when he committed his crime back in 1992. But the traumatic experiences that molded his brain and contributed to his murderous act happened to him during his youth. He was the first of many who taught me that when it comes to murder, there is almost always a backstory based in trauma. 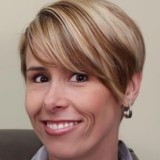